What is Jericho Shofar ? 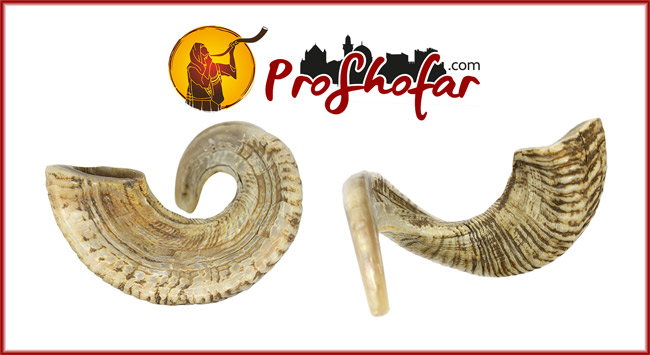 What is "Jericho Shofar" ?

The Jericho Shofar horn is a rare and especially large Shofar made of the horn of Ram with a Natural Finish.

The Jews fought the Battle of Jericho in their conquest of Canaan. After six days of marching once around the city’s wall, Joshua was commanded on the seventh day to march around the city seven times and for the priests to blow their shofars after the seventh time.  When the priests sounded their shofars, the walls of Jericho came crumbling down and the Israelites over-ran the city.

Let us look at some the appearances that the shofar makes throughout Scripture. One of its most prominent appearances was the “blast of the shofar on Mount Sinai” – when God revealed the Torah to the Jewish people. It was also used to announce holidays, the Jubilee year (Leviticus 25:9), the start of a war (Joshua 6:4; Judges 3:27; 7:16, 20; I Samuel 8:3).

The shofar was also used in festive processions (II Samuel. 6:15; I Chronicles 15:28), as musical accompaniment (Ps. 98:6), and as part of the official Temple orchestra. It should be noted that the “trumpets” described in the Bible, such as in Numbers Chapter 10, are a different instrument, described by the Hebrew word “trumpet” (Chatzotzra). The three different sounds that the shofar makes are known as the “Tekia”, “Shevarim”, and “Teruah”.

Break down walls and bring the defeat of their enemies

2 And the LORD said to Joshua: "See! I have given Jericho into your hand, its king, and the mighty men of valor.3 You shall march around the city, all you men of war; you shall go all around the city once. This you shall do six days.4 And seven priests shall bear seven trumpets of rams' horns before the ark. But the seventh day you shall march around the city seven times, and the priests shall blow the trumpets.5 It shall come to pass, when they make a long blast with the ram's horn, and when you hear the sound of the trumpet, that all the people shall shout with a great shout; then the wall of the city will fall down flat. And the people shall go up every man straight before him."

When the shofars were blown and the people shouted the walls came down and their enemies were defeated.

Today we can blow the Shofar and make a shout of victory and every wall that Satan and others have built will come crumbling down and our enemies will be defeated.

Design and development by TemplateStudio.com

Subscribe & Get $5 Discount!
get the first offers and events from our store
Subscribe to our free newsletter now and get a voucher to the value of 5 $ for your next purchase in our Online-Shop.
Coupon
Shop Now
Subscribe
Your Free Voucher is Here!